The RX 560 and RX 570 are two of AMD’s cheapest GPU’s, and since they’re both based on the same Polaris architecture, they work out of the box in macOS Catalina, making them ideal for a budget hackintosh build, or for use in an eGPU enclosure on a real Mac.

At the time of writing, the price difference between the two cards is pretty small, with a 4GB RX 570 costing around 30% more, on average, than a 4GB RX 560.

In this article, we’ll be taking a look at some benchmarks to find out if the performance difference between the two cards is sufficient to justify paying the extra money, or if you can get by with an RX 560 for GPU-intensive tasks like gaming and video editing.

For the first test, we tried stabilizing a 20 seconds long Cinema 4K clip, shot on the Fuji X-T30 at 200mbps in Final Cut Pro X. 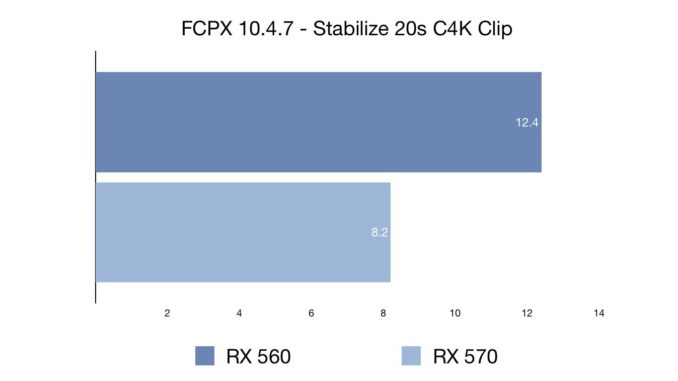 For the second test, we exported a 3 minute 4K project with color correction and various transitions from FCPX to ProRes 422. 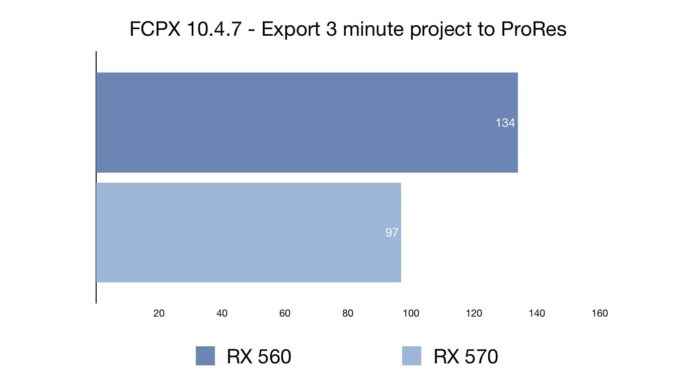 Next, we tried the ubiquitous BruceX 5K benchmark, which makes heavy use of the GPU for calculations. 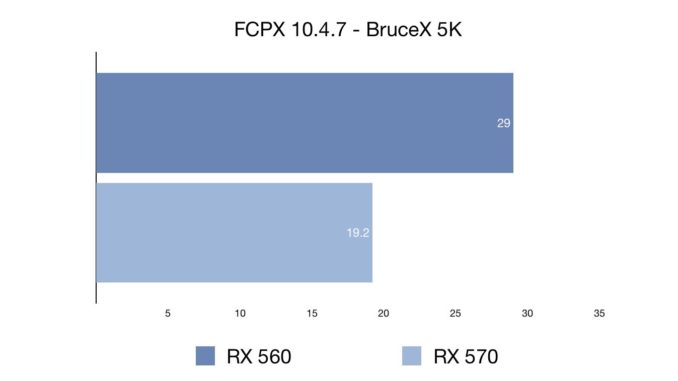 Moving onto Geekbench for the next test, we first ran the Geekbench 5 OpenCL benchmark. 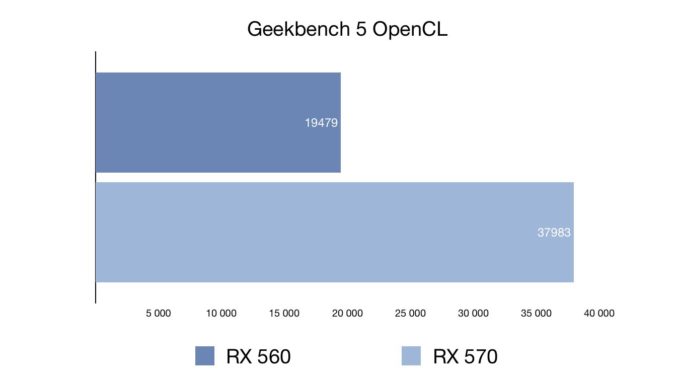 Next, still in Geekbench, we ran the Geekbench 5 Metal benchmark. 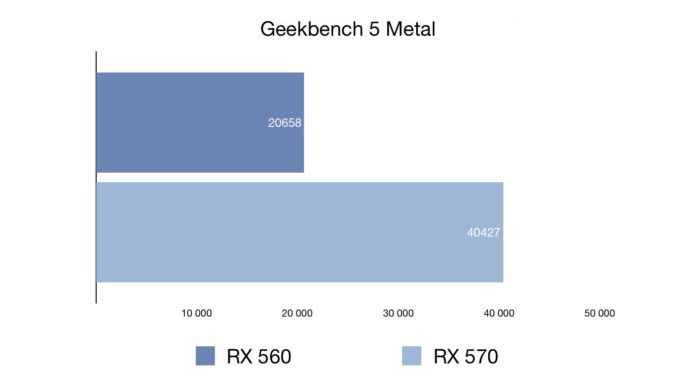 Next, we tried the venerable Unigine Valley 1.0 benchmark. While rather less relevant that the other benchmarks, due to OpenGL being deprecated on Mac now that Metal has taken over as the official Graphics API, it’s still a useful comparison of the speed of different graphics cards. 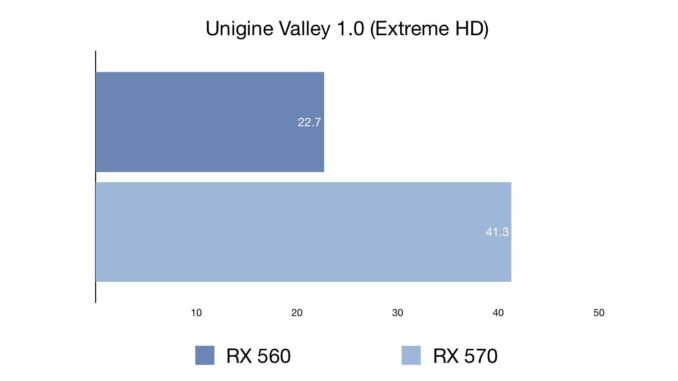 Another OpenGL test, Cinebench R15, was next. 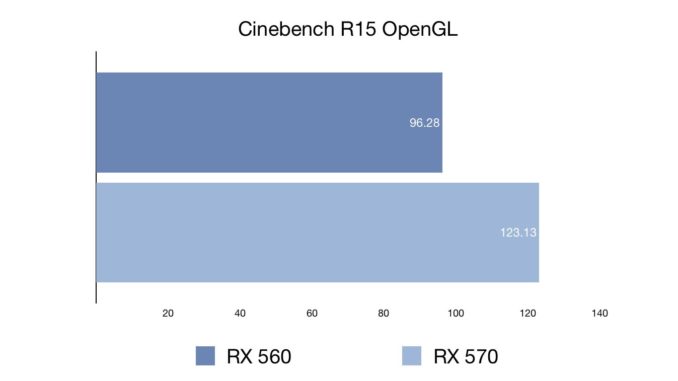 We next tried a selection of Metal-supporting games. First, Total War Saga: Thrones of Britannia, running in high detail at 2560 x 1440 (WQHD) resolution. 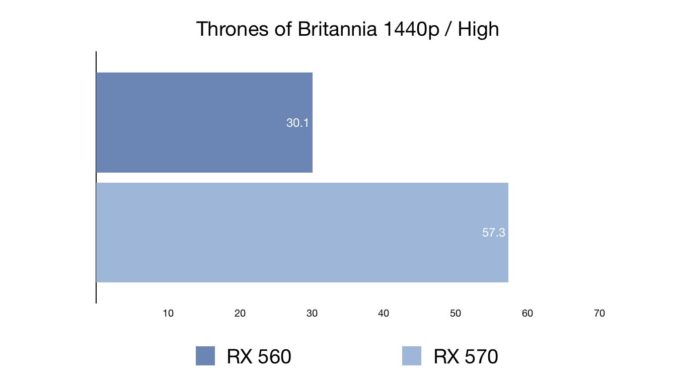 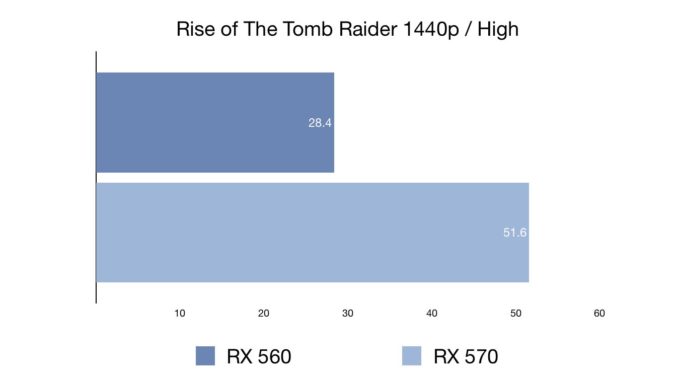 On average, across all the tests, the RX 570 was about 70% faster than the RX 560 at the same tasks. Since the price difference at the time of writing is only around 30%, this makes the RX 570 a clear winner in terms of price-performance.

For the best bang for the buck, though, the RX 570 gives you around 70% more performance for only a little more money.