One of the cheapest entry level SSD drives available to buy right now is the Toshiba OCZ TR200 SATA SSD.

This is an entry-level SSD using Toshiba’s 3D NAND technology, dubbed BiCS. It’s aimed squarely at those who are upgrading from a mechanical hard drive and it’s priced accordingly, starting at around $60 for the 240GB version up to $280 for the 960GB.

Physically the drive is a 2.5” 7mm thin form factor, with a metallic casing and a pleasant green and black colour scheme. 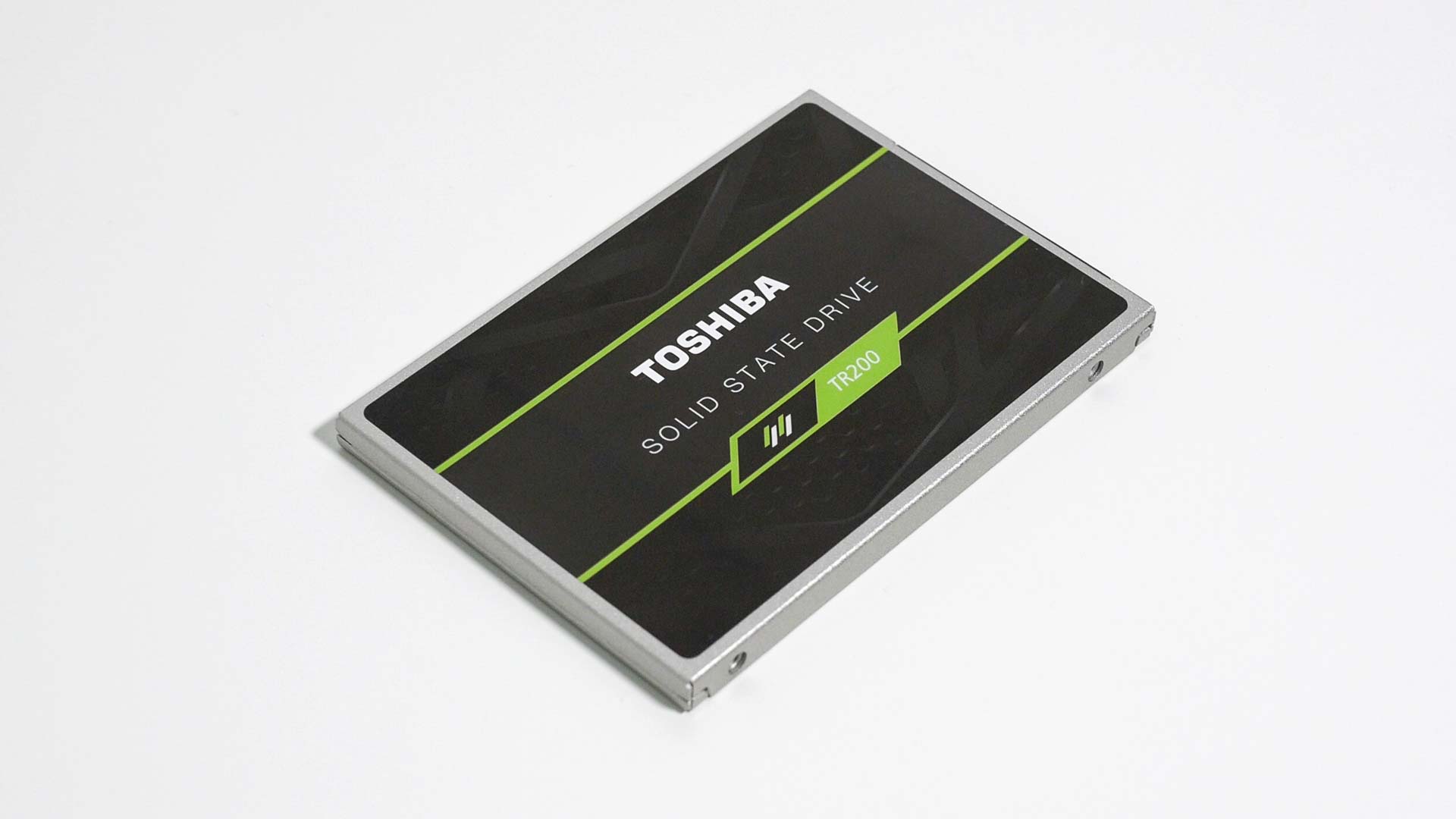 Toshiba’s official specs for this drive list the read and write speeds at up to 555MB/s for read and up to 540MB/s for write, so lets run some speed tests to see how the actual speeds compare.

Starting with Blackmagic Disk Speed Test, Read / Write speeds start off both around the 400MB/s mark. Not even close to the quoted speeds from Toshiba but respectable enough for people who are upgrading from a mechanical hard drive. However, on subsequent tests, while read speeds are stable at over 400. the write speed falls dramatically to near 100MB/s.

Switching to AJA System Test, we see the same thing. Write speeds start off well, but as soon as the faster cache memory is filled up, the write speed fall dramatically, to around the 100MB/s mark. What this means is that writing more than a few gigabytes of data to this drive is going to be excruciatingly slow. Read speeds, though are consistent at around 465MB/s. 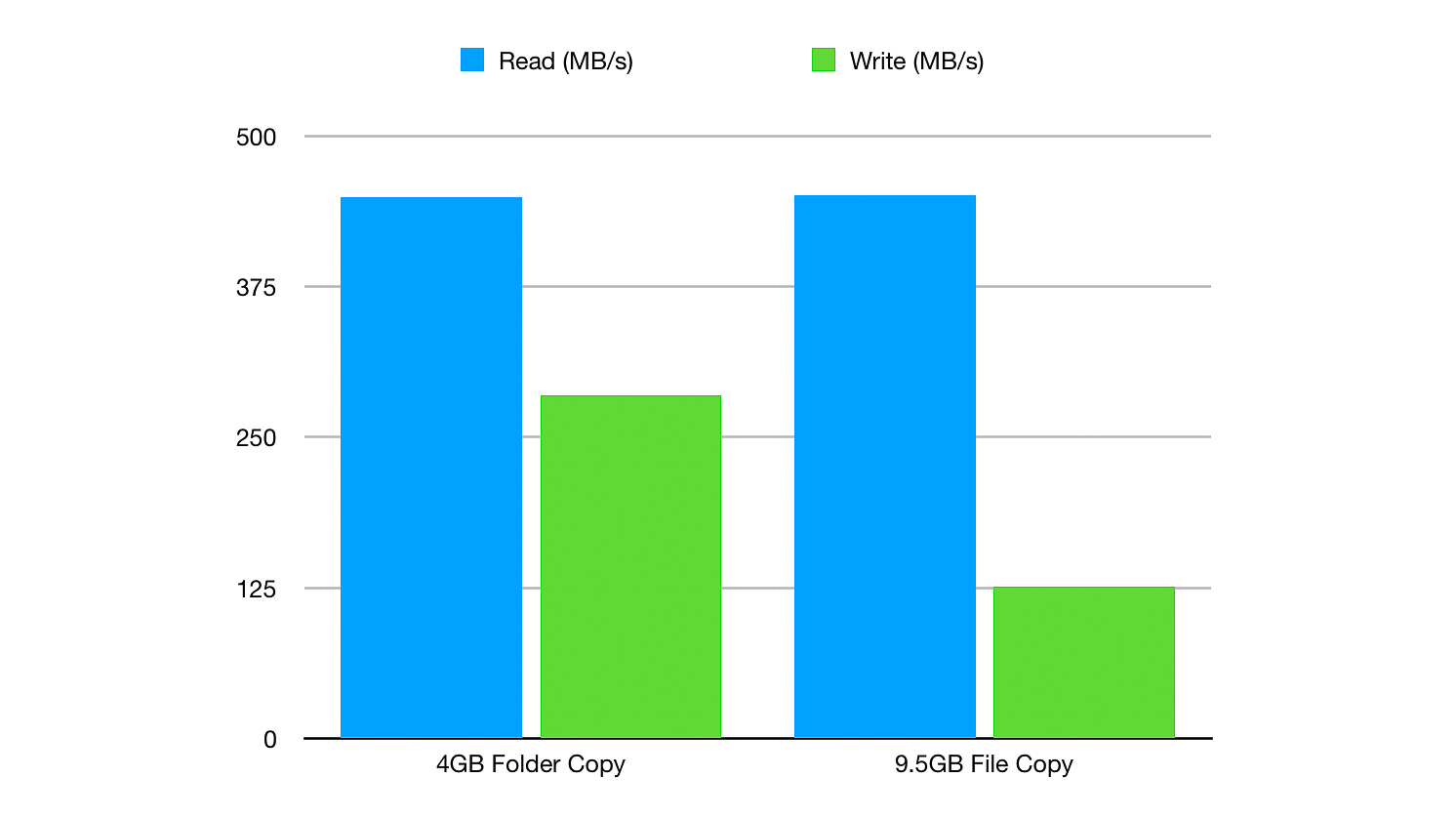 For comparison, copying that same file from RAM to a Seagate Barracuda hard drive was 10 seconds quicker, making this the first SSD I’ve ever tested that was actually slower than a rotational drive.

While the read speed is fast enough to offer a noticeable improvement over a mechanical drive, the slow write speeds make this drive very difficult to recommend. There are much better drives available at a similar price.

For a good, cheap, entry-level SATA SSD, avoid this and get the Western Digital Blue 3D, the Sandisk Ultra 3D or the Crucial BX300. They’re only a few dollars more expensive but offer significantly better performance.